Facebook’s “Groups” feature, which allows users to create and control a contained network of individuals with “shared interests,” has become a facilitator for the expansion of antiquities trafficking networks. The Groups provide a seamless environment for digital interactions and cross-border networking between users interested in buying and selling antiquities, allowing them to communicate efficiently and discretely. The ATHAR Project’s report covers nearly two-years of investigative research and incorporates a case study on Groups based in Syria.

ATHAR Project 2019 report by the numbers

Facebook’s rapid growth and lack of internal policing mechanisms over the past decade have helped the platform become a digital black market where users buy and sell goods, including illicit antiquities, from some of the world’s most conflict-ridden nations. The social media platform has marketed itself as a tool for the global dissemination of ideas and information. In the process, however, it has unwittingly expanded the communication  abilities of transnational criminal networks the world over.

This in turn has made Facebook the wild west of social media, providing opportunities for violent extremist organizations and criminal groups to operate in plain sight with little recourse. Facebook and other technology companies receive broad immunity from responsibility for any content posted to their platforms by third-parties under the 1996 Communications Decency Act Section 230.

Aside from the law, Facebook does have its own internal policies laid out in the company’s Community Standards that prohibit the sale of black-market items like drugs and wildlife. But illicit cultural property is not listed in the banned trades under Facebook’s Community Standards. As a result, today we can find detailed information about antiquities trafficking that has remained active on the platform for years. This data provides a rare look at the inside of the trade.

It is worth noting that unlike other black market trades, there are few statistics on the trade in illicit antiquities. Likewise, little data is available for the legal global trade in antiquities. Art market industry reports typically lump datasets for antiquities together with the broader art market. For a trade that can straddle the legal and illegal realm, it is difficult to get a handle on the amount of cultural property that is currently leaving Middle East and North African (MENA) countries in high volumes.

The public nature of these digital criminal networks therefore offers an opportunity to track the actors in the illicit trade of cultural property. The data in these Facebook Groups opens a window to the early stages of the antiquities trafficking chain. This research builds upon existing knowledge of antiquities trafficking and provides a quantitative lens to analyze the Facebook trade in illicit antiquities and the actors who engage in these crimes. Studying Facebook Groups and the users that communicate and operate within them allows for both a substantive look at the actors and a measurable set of data that can help foster a better understanding of the transnational criminal networks involved in this trade.

This report details the findings of the Antiquities Trafficking and Heritage Anthropology Research (ATHAR) Project. The goal of this research is to provide a more complete illustration of the digital black market in antiquities from the MENA region and present potential means for disrupting it. 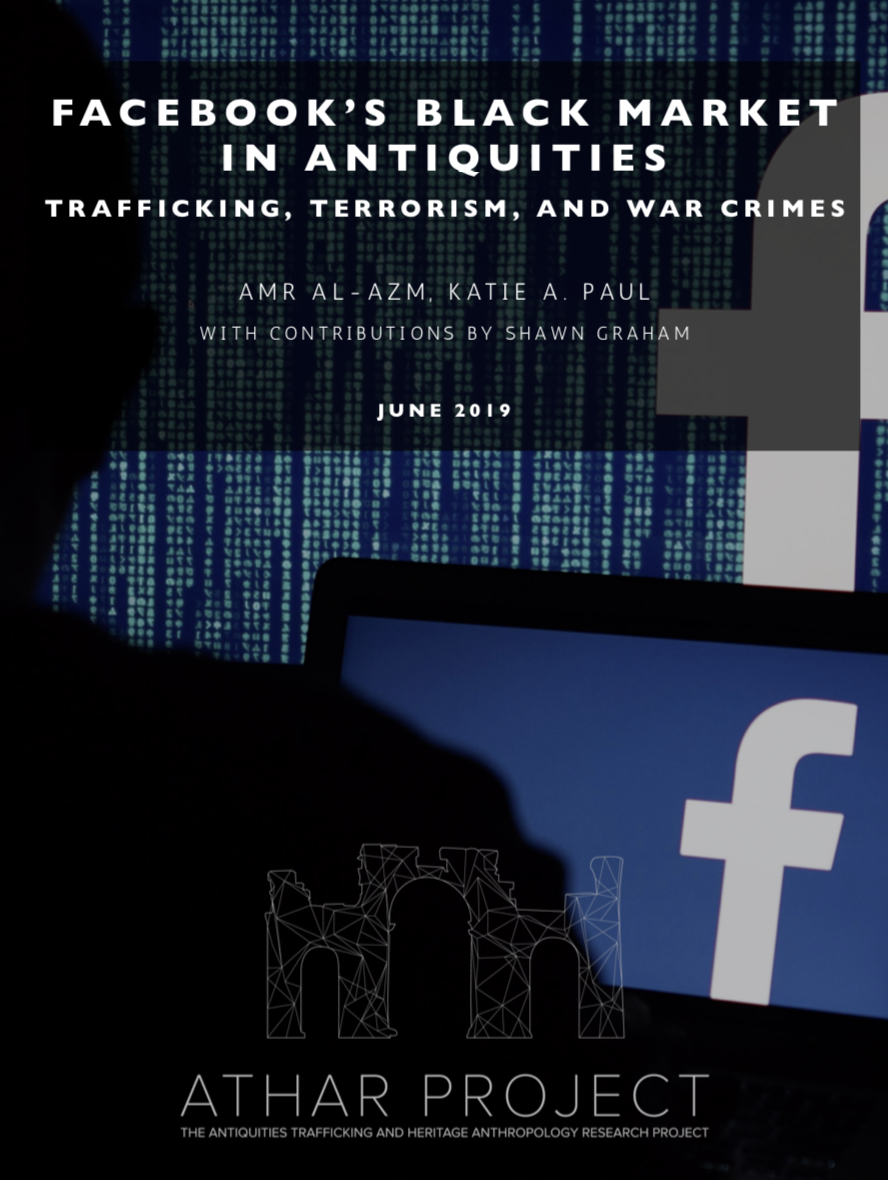 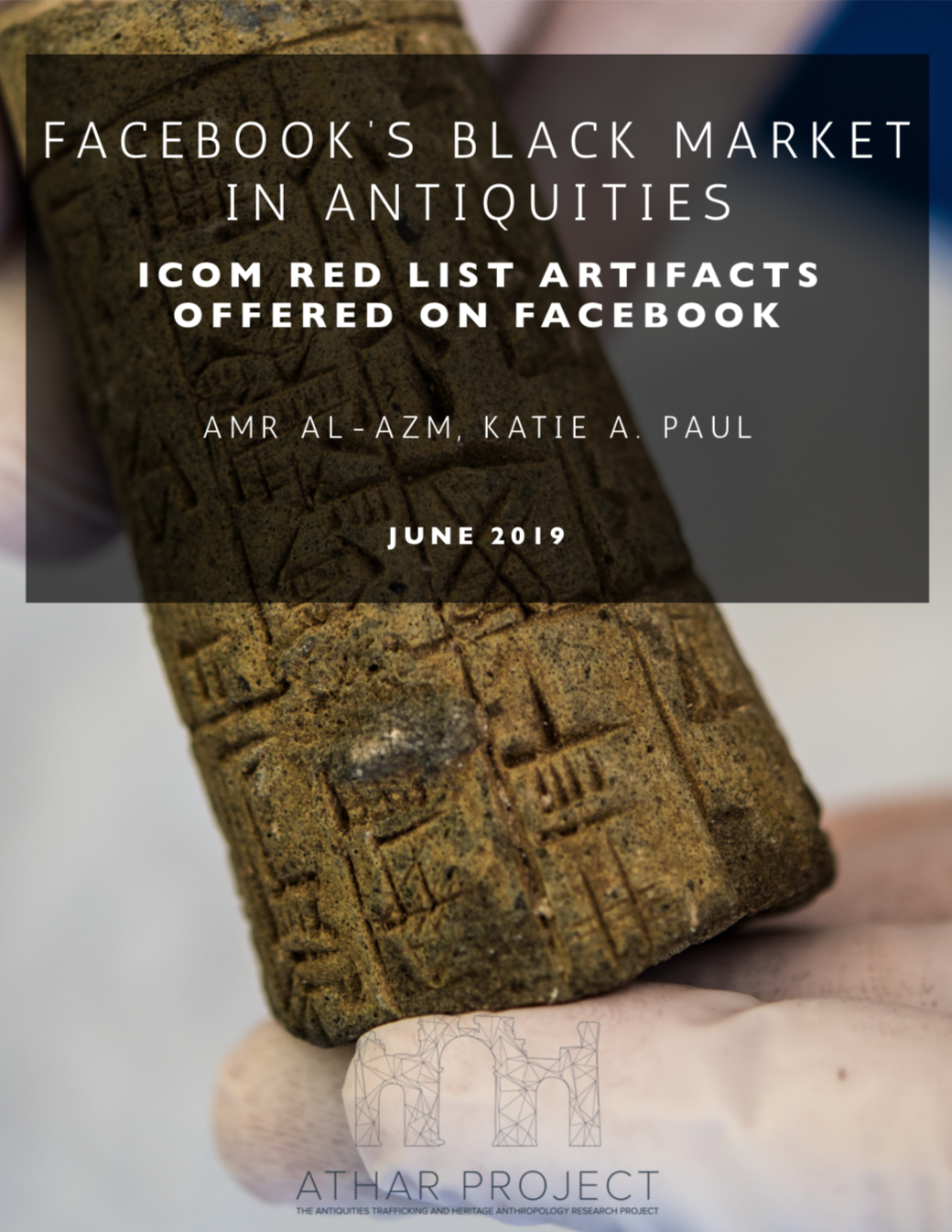 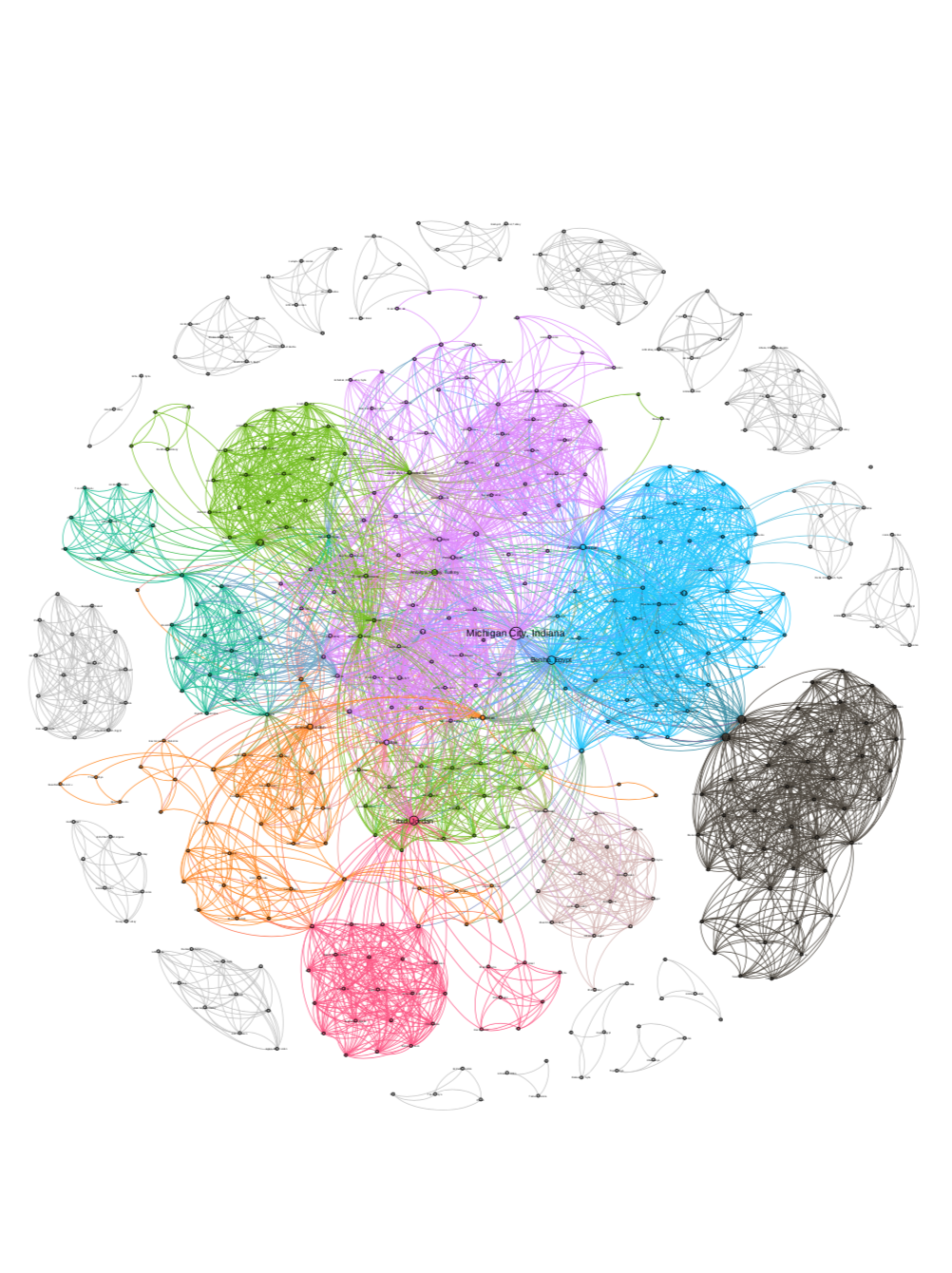 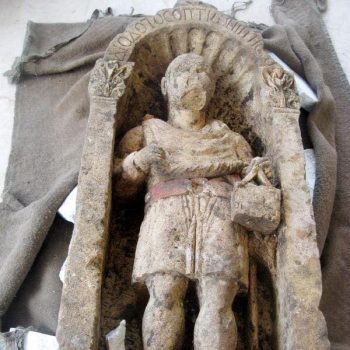 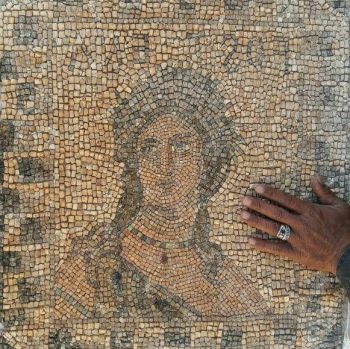 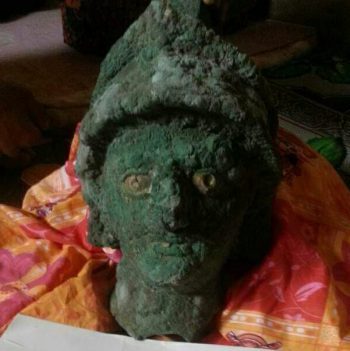 Using data from Facebook Group communications supplemented by human-intel on the ground, this report provides a detailed illustration of antiquities trafficking in Syria and throughout the wider Middle East and North African region. The ATHAR Project is currently monitoring 95 Arabic-language Facebook Groups engaging in the illicit antiquities trade.

The Syria case study examines four of the 95 Facebook Groups currently monitored by the ATHAR Project. The four Groups selected all have listed locations in Syria and the data collected spans from each Group’s date of creation through 31 December 2018.

Want to keep up with our latest research?Follow us @ATHARProject